How to Get Your Boyfriend or Girlfriend Back Using Text Messages 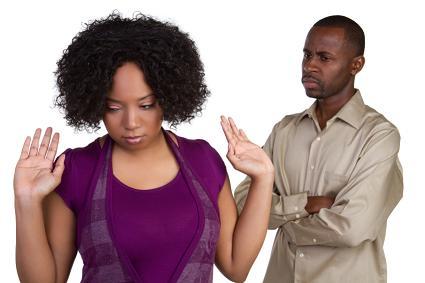 It's been said, "it's better to have loved and lost than to never have loved at all". But I think anyone who has been in love and gone through a bad break up, would chose never even experienced it in the first place! The pain that comes alone with losing the one you love can feel unbearable at times. If we were really honest, most of us would rather prevent the breakup in the first place.

Relationship Coach Michael Fiore, says that there's a way to get your ex to fall back in love with you even if you've broken up months ago. Fiore has a system called Text Your Ex Back that has gotten proven results. Text Your Ex Back walks you through what exactly to say to get your ex to remember how much they love you and how to turn the tables and have your ex wanting to chase you.

Text messaging is actually a great way to ensure that the person at least receives your message. Unlike emails or voicemails which only have about a 54% open rate, text messages have 97% open rate and are usually opened and read within the first 5 minutes of receiving them. So using text as a way to a least be heard by your ex is a great idea!! But Text Your Ex Back takes it a step further. This system actually,based on your situation, tells you what to text to get the reaction that you want. And it's all based on proven methods and research. So if you want to get your ex to fall back in love with you, or at least reopen the lines of communication, check out Text Your Ex Back.

Disney on Ice Playing at the United Center - Chicago

Playing United Center Sept 10-14, 2014 Enter a world of wonder where heroes and hearts prevail. Join Ariel as she yearns to explore the world above the waves and Prince Eric breaks Ursula's slithering spell to reclaim his one true love. See Prince Philip defeat the evil Maleficent as she transforms herself into a fire-breathing dragon in a race against time to rescue Sleeping Beauty's Aurora.

Be there to discover a whole new world with Jasmine and Aladdin. And, watch in awe as the dreams of Cinderella, Belle, Snow White, Rapunzel and Tiana all come true. High flying jumps, daring acrobatics, breathtaking skating and lovable Disney friends are just a wish away! See Disney On Ice presents Princesses & Heroes where believing is just the beginning! My Readers Save up to 40% on tickets! - Save 40% on all weekday shows and Save 20% on all weekend shows using code MOM.

Savings offer not valid on Front Row or VIP Seating. No Double Discounts. Service Charges and Handling Fees may apply.http://usfamilycoupons.com/coupon.php?regionid=75&bid=11751&dealid=1755 @usfg
Posted by Toya K at 8:55 AM 1 comment:

What Your Day of The Month Number Reveals About YOU!

What Does Your Birth Day Say About YOU?
The Day of the Month number is also sometimes referred to as
the Personality or Character number. This number is strongly
associated with the Life Path number, which if you will
recall is calculated from your date of birth.

As this number reveals your personality traits and
characteristic behaviors it can mitigate negative aspects of
your life path number or enhance them.
For instance if you are a number one Life Path Number with a
Number 1 Birth Date number you might be a little too much
for others to take at times as you would be especially
arrogant or self centered. However if you were a Life Path
One with a Birth Date number of Nine your arrogance may
somewhat be tempered by the humble, self sacrificing nature
of number nines.
CLICK HERE TO LEARN MORE ABOUT YOURSELF
To calculate this number, simply take the digit that refers
to the day you were born. For instance I was born was June
7, 1960. My Day of the Month number is 7.
Here is a list of the dominant personality traits that are
revealed by your birth date number.
1
Positive Traits: determination, self-confidence, will power, dignity, and originality
Negative Traits: stubbornness, willfulness, over-sensitivity, arrogance, lack of foresight

I have gained 40+ pounds since my mothers death in 2012. I stress eat and trust me there's nothing more stressful than the death of a parent. Also, I'm over 30 and have had 3 kids so my metabolism has slowed down tremendously. The funny thing is that it seems like the guys around me drop weight so easily but I can't lose a pound.

I started doing some research about why women have a harder time losing weight and i came across a lot of reasons. But the most interesting reason I've seen thus far is because women have a fluctuation in the hormone LEPTIN.

I won't try to explain it because I'm not a doctor but if you you want to read more about you can click here. Anyway, I've set a goal of losing 30lbs. That would put me at a health weight for my height and body shape. Also, I'm a type 2 diabetic so losing weight will help lower my A1C levels.

I'm gonna try this weight loss system called Venus Factor to see if I get some results. I've heard that it works
because it's not a diet. It helps you restore the Leptin that's missing and keeping the fat cells from dissolving.

I'll keep you guys posted on my progress. If anyone would like to learn more about Venus Factor or join me in losing weight, comment on this post and visit this sight for more.

As a person who was born and raised in Chicago, IL (shout out to the CHI), I have to say I have a pretty good understanding of how brutal winter time can be.
Posted by Toya K at 5:31 PM 1 comment:

Thought of The Day!! 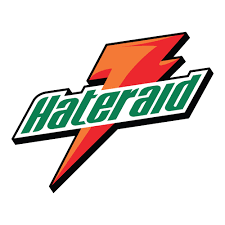 Being a hater can be very dangerous to anyone who wants to achieve big things and rise above their current circumstances. You must remember that we live in a world that is based on energy, vibration, and the Law of Attraction. Have you found yourself thinking negative thoughts about someone who has something you want? You see a woman with the purse you've wanted for weeks but can't afford it because your kids need shoes. You say, "that heffa thinks she's the bomb, i can't stand her." Guys, you see a dude driving down the street with a woman in the passenger seat that looks like she could easily be a model or a look-a-like for Beyonce and you say, "dude such a lame, what could she possibly see in him, she must be in it for his money." Well, I hate to be the one to break it to you, but if you've caught yourself saying things similar to these examples then your guilty of hating. Don't worry we've all done it from time to time but if you find yourself having conversations like these often, then YOU MAY BE A HATER!!


The Danger Of Being A Hater


Hating falls into the negative energy category. It takes a lot of energy to hate on someone else. Negative energy drains you leaving you depleted and deficient of vital positive energy and love. Every time you hate on someone, you're doing yourself harm and blocking your own blessing by taking away the most powerful tool you have, LOVE.


Being a Hater Lowers Your Vibration

Hating is a low frequency vibration emotion. Have you ever noticed that people who are always negative and who are haters tend to move slower than others? They may also be tired or sick very often. These are signs of a person who is vibrating at a low frequency.


Quick science/spirituality lesson: Every living thing has energy flowing into them and out of them. The speed and ease at which that energy flows coupled with whether the energy is positive or negative determines it's vibration. It has been found that the faster and more smoothly positive energy moves through a person, the happier, more successful, and even more enlightened the person will be. The slower and more negative energy flows through, the more unsuccessful, ill, and depressed a person will be.

Being a Hater Brings More Hate and Blocks Your Blessings

Our universe operates under a major law that effects everything on this planet. That law is called The Law Of Attraction. I'm sure you've probably seen the movie The Secret so many times you've got it memorized but it's true, LIKE ATTRACTS LIKE. When you spend your precious thought time and energy focused on negativity towards another then you attract negativity back onto yourself.


Love and appreciation is more powerful than hate!!